“My journey to law school was peculiar. I was three months away from graduating college with a bachelor’s degree in sociology and religion and had no post-graduation plan. My heart was in the music industry, and one night a musician friend’s comment gave me this notion: I should go to law school so I can protect all the cute band boys from the mean industry people who would take advantage of them.

Sure, what else would a teenager think? The friend’s comment came on a Wednesday. I conferred with my parents when I saw them that Saturday, and the LSAT was the next week. I knew no lawyers, and I didn’t know what the LSAT was or what law school was. I thought it was a trade school of sorts. Although he denied it later, on first pronouncement, my father was understandably less than happy with this whimsical, expensive idea. He quickly came around, but I realized I didn’t really know what I was getting myself into. When I pondered to my father, “What if it’s not right for me?” he said, “Go. If you don’t like it, leave.”

Buy the book to read Julee’s Lesson and 49 others 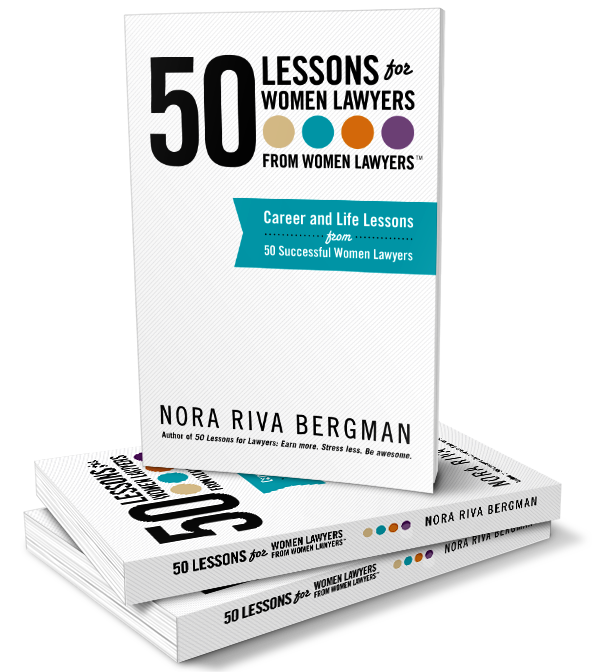 “Rejection is valuable. It forces me to re-examine my approach. It prevents complacency, and it pushes my boundaries.” from Pushing Past Fear and Failure, by Artie Renee Pobjecky
No more posts